Last week was about with the Nobel Peace Prize being announced, Poetry Africa celebrating it’s 20th year in Durban, and much more. I found five reads that enjoyed in and would like to share them with you.

Nightmare Magazine publishes horror and dark fantasy. Featured in the October ebook issue, People of Colo(u)r Destroy Horror, we found Cruel Sistah by Nisi Shawl. This gripping short story starts off innocently enough with a sister lovingly admiring her younger sisters “good hair”. Before we know it , we’ve taken a left turn down an murderous path and tragedy…

“Smiling, Calliope selected a medium-sized mallet, its handle as long as her forearm. And added a crowbar for show.

Outside, Dory wondered what was taking her sister so long. A clump of shampoo slipped down her forehead and along one eyebrow. She wiped it off, annoyed. She stood up from the weeds where she’d been waiting, then quickly knelt down again at the sound of footsteps on the paving bricks.

2. Last week the Center for Creative Arts hosted the 20th Poetry Africa at the Elizabeth Sneddon Theatre at UKZN. On the last night of the week-long festival, the stage was set on fire by a three poets – Bassey Ikpi, Koleka Putuma, Maya the Poet – when they paid tribute to the woman who we had come to know as Khwezi. Fezekile “Fezeka” Kuzwayo was her real, we finally met her after she died. She was laid to rest on the same day as this powerful, though-provoking performance. The poem was published on The Double Chromosome blog

…how many hearts?
how many women broken, a river of burgundy
cascading from their throats

(Koleka)
Some mothers set their daughters alight to keep their men warm.
And some family members would rather describe the smoke than smell like it.

Zukiswa Wanner published a short story, A Writer’s Lot, on Enkare Review. Found myself laughing as I tried to figure out if the Writer is this story is based on any writer I may know in real life. I really enjoyed this story.

I have two children to look after and I don’t have a steady income.

And yes, before you ask, the children have two different mothers. But I wasn’t trying to be a cliché. I really wasn’t. One was an honest-to-the-gods-and-ancestors mistake and the other one, well, I think the woman wanted to trap me because she saw I was going places. But I did my bit, you know. When I had a clipper or two, I would drink sixty percent and divide the remains between the two children. I tried to be a good father. I think I am a better father than most, which, if you know the brotherhood of fathers in my hood, or Sperm Donors as the bitter ex’s like to call us, is not saying much but it is still something.

4. This is the first time I’ve read Magunga’s work. Not sure why it took me so long. This time the title attracted me. Lord Erroll. I thought it was a person, wasn’t sure what to expect. Magunga’s pen is nice, so nice, review could legitimately be published in a short story anthology.

Everyone got the memo but me. Or rather, everyone read the memo, but me…
Read more at the Magunga

So Bob Dylan doesn’t seem to want the Nobel. Or maybe he does but it wouldn’t be too hip for him to gush… Who knows? No one knows if he’ll even show up to the event to pick up the award… Anyway, Rajeev Balasubramanyam, an award-winning novelist with a PhD in black and Asian British literature, wrote for The Washington Post about why he believes The Nobel Committee got it wrong: Ngugi wa Thiong’o is the writer the world needs now

Ngugi’s decision to move away from English was a brave one for a writer hailing from Africa, a continent frequently treated as irrelevant by the rest of the world. It could, in fact, have led to his disappearance from the global stage, but instead it solidified his reputation as a writer of supreme political commitment, though few of his contemporaries or juniors took up the call to write in their native languages. Ngugi’s attitude toward this, however, is markedly self-aware and flexible.

Rajeev Balasubramanyam’s latest book is called “Starstruck.” He is on Twitter at @Rajeevbalasu.

duduzile zamantungwa mabaso (@uzamantungwa) is a poet, scriptwriter, editor and publisher. She has written scripts, storylined, edited for televisions shows such as Uzalo, Muvhango, Soul City, Tempy Pushas, Uzalo, It’s Complicated to mention a few. She is the founder of Black Letter Media – www.blackletterm.com – where she is working to publish new voices out of Africa and bridge the gap between readers and undiscovered writers. She is the founder and editor of www.poetrypotion.com 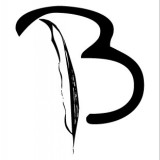 duduzile zamantungwa mabaso (@uzamantungwa) is a poet, scriptwriter, editor and publisher. She has written scripts, storylined, edited for televisions shows such as Uzalo, Muvhango, Soul City, Tempy Pushas, Uzalo, It’s Complicated to mention a few. She is the founder of Black Letter Media – www.blackletterm.com - where she is working to publish new voices out of Africa and bridge the gap between readers and undiscovered writers. She is the founder and editor of www.poetrypotion.com

Book Excerpt: A Killing in The Sun by Dilman Dila

Theme by Anders Norén — Up ↑